Roger Riggle Make Up, LLC was established in 1995. It offers diverse services from professional make up artists, consultations, and products and supplies specific to the needs of the industry. We are currently located in Olney, Maryland.

We are focused on: 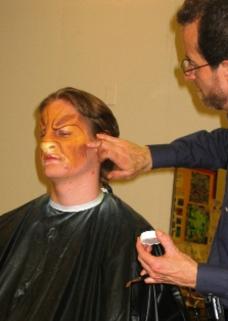 ROGER BENNETT RIGGLE has been a professional make up artist for over 30 years. He began at Kinetic Artistry, a theatrical supply house in Takoma Park, MD.

Roger has hosted numerous Washington, D.C instructional seminars for area artists; everything from beauty and photography make up to Halloween transformations and special effects make up techniques. During his 10 years there, Roger managed the make up department -7 different lines; sales, consultation and artistry.

Roger worked for over 10 years as the make up artist for Tom Radcliffe, a leader in headshot photography at the Point of View Studio also in Takoma Park, MD. Roger applied the photographic make up to thousands of actors, sports celebrities, musicians and opera singers.

Roger specializes in Halloween make-overs and the transforming of personalities for diverse, special events. In addition, Roger has created special make up effects for disaster simulation used in the training of nurses, doctors and EMS personnel. His credits include triage exercises at the Baltimore/Washington International Airport, for the Secret Service, and for the UHUHS military training facility. Roger has also designed for numerous theatrical productions which entails researching and articulating the authenticity of period styles.

Roger has a degree in drama from the Catholic University of America, Washington, D.C. and, since 1978, has choreographed, directed and produced numerous operas and musical theatre productions. For eight years, Roger was the Associate Producer of TheatreFest,
theatre-in-residence program, at Montclair State University , Montclair, N.J. Roger has worked with many celebrities including: Leslie Uggams, Susan Lucci, Debbie Reynolds, Kim Zimmer, Pattie LuPone and Betty Buckley.

Roger now owns his own business in Olney, Maryland. 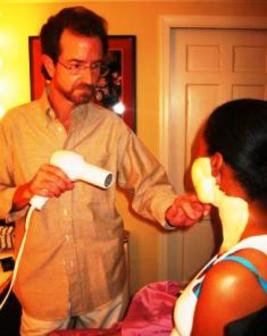 Roger has directed operas at the annual Amalfi Music Festival in Italy.  He is a member of the Society of Stage Directors and Choreographers. 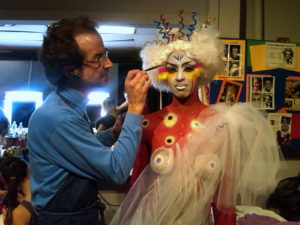 Roger is the make up consultant for Parlights, Inc. in Frederick, MD, a leading theatrical supply house for the greater Washington/Baltimore areas.

MARY ELLEN TASILLO is a professional and licensed make up artist. She specializes in television and video production. She was a full-time make up artist at FOX NEWS CHANNEL in Washington, D.C., until late 2014 where she made “camera-ready” numerous political and governmental officials as well as news casting talents.

Mary Ellen introduced the innovative art of airbrushing techniques to television stations before high-definition television became a standard in the industry. She consults in the sales and application of airbrush make up.

Mary Ellen is a licensed aesthetician (skin care specialists), certified by the Von Lee International School of Aesthetics, Inc., MD. She continues to consult in this area.